I would rather die broken

I would rather have endured the abuse
Peculiar it must sound to you
Than never have Strength, courage, it bestowed
Just to name a few

I would rather have my insiders
Be out for the world to see
Than keep them hidden, locked away
To never have them free

Posted by Unknown at 6:24 AM No comments:

We are angry right now and hurt. Our feelings are hurt. So many times our feelings have been invalidated. Just want to get them out.

Understanding that sometimes stuff happens online and it could be a misinterpretation. Still though it hurts . We are angry.

Saw a past abuser who had a birthday. So many happy birthday wishes came to that page. Wow. During this body birthday we got maybe a few? Wow. Really? Just wow.

Ok. So, you all probably hate us or some shit. It’s fine. We said we would be unavailable. There is a lot of could be in this.

Won’t deny that some people did reach out to say something. Anything.

The onslaught of one of my abusers getting all that “attention” is rather painful and hurtful. It brings about old feelings of being unheard and “Invisible”shows up. Silencia makes her appearance too.
Lots show up for his party I cannot go to nor do I want to.

It just sucks. It really does. It hurts that I pushed people away and I’m hated. It does. Here is a child molester going about his life as if nothing happened. I am the one left with that pain.

He is just one person though, one. It’s complicated and I don’t speak of it.

Today though.. today. I just wanna say, happy birthday you son of a bitch. Hope you choke on cake. 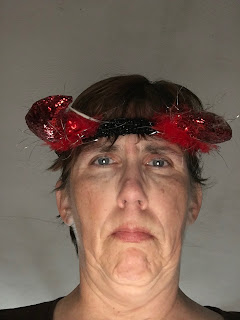 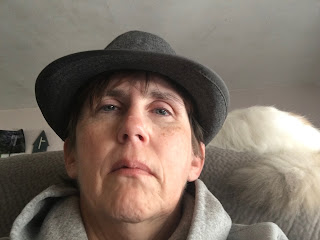 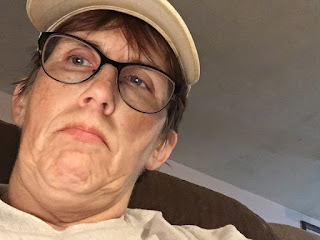 I actually don’t care for a lot of my insiders. I don’t like what they do. I despise their feelings at times because they aren’t accurate to what I personally feel . I don’t “ accept them for who they are.

It’s odd. I have learned to be accepting towards others outside but am harsh towards my insiders within.

I have haters of all sorts. They hate people. They hate things. They hate attitudes. They just hate. I don’t like that and end up pushing them out of my awareness. Out.

In fact, I know they keep me from people and I from them. They have ruined relationships. I have lots of insiders who have done this. I don’t care for that at all.

I’m not sure how to get around that or through it. I know it’s there.

Does anyone out there also expiernce “self hate” or internal hatred?

How about an honest conversation about this and ideas on how to stop this? 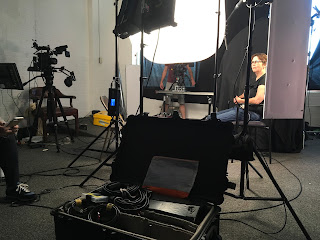 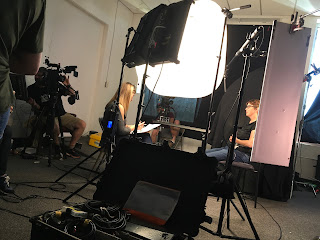 I’m pretending to be strong When beneath I’m broken A billion pieces Maybe more Put on the facade Play charades So that no one knows What I hide A horrible secretNo one knows No one could ever understand Like a cancer hiddenIt eats me alive.....It’s not a disease It’s a horrible darkness It hides there waiting to emerge Devouring my soul No one understands it No one sees it but I And I hide it away.. in the secret That no one knows

Posted by Unknown at 7:05 PM No comments:

One Year Ago Today

One year ago, I was admitted to Bloomington Meadows psychiatric facility. My mind can't help but to go to that day. No matter what.. it is with me today. I have tears in my eyes.

I go through a particularly difficult and painful time this time of year.. every year. I am particularly afraid I will end up back in a place I don't enjoy. I don't feel particularly vulnerable but the idea that things went downhill so fast last year is on my mind.

I saw Julie Bellamy "leaving", even though in her mind she hadn't or hasn't. I felt something coming down the pipe and I knew I couldn't stop what ever it was that was happening behind my back. I never got clear reasons for her abrupt departure just a few weeks after my hospital stay. She may well be 'still in practice' but her departure from being a full time trauma therapist to that of very little was and is still difficult for me.

Without arguing or saying something that is cruel, I want to state again how telling me if this was so painful, we needed to stop.. just made me feel more desperate. I hated the way I was feeling to begin with. I hated what was happening. I hated it more than I wasn't getting any clear answers to what was going on. I felt my insiders getting desperate.. especially my littles. It was like they knew someone was "dying" (leaving) and they had no control over what decisions the grown ups were making. The past was most certainly colliding with the present at that juncture.

Also the fall solstice was looming in the near future as it is now. I can't begin to tell you how hard this is. I had that going on too. Too much.. all at once colliding.. and I ended up in that facility.

The stay in the hospital wasn't the greatest either. I am feeling particularly guilty for not speaking up about another person who was probably also had Dissociative Identity Disorder. She was speaking about cult things. A lot of folks who were also admitted spoke behind other people's backs. They often would say "Borderline Personality" and added many other things. I really felt bad for this lady but I never spoke up. I even got her roommate who asked to be moved due to the things this lady was saying. Sigh.

This wasn't the only thing that happened either. There were others there that I heard the staff say negative things about. It felt uncomfortable but, I still said nor did I do anything.

I met someone then who I would have liked to have kept in contact with. That didn't happen. I have much regret in that stay.

I can't make people reach out to me when I write them.. but I am thinking of them today.

I can't say it was all bad. I had a roommate in the end that I liked. I ended up having lunch with one of the tech my last day. Those are the memories I keep.. and hold onto.

I have a new project which is quickly becoming a reality. It's exciting and scary all at the same time.

Today, I look back.. because it's there..

And I'm thinking of you all...

All the Jill People
Jill

Posted by Unknown at 3:20 PM No comments:

Mostly this place is for me/us. Don't get very many views and that's ok. It's not important for people all over the place to read here.
I'm struggling right now with a whole lot of things. Grief, pain, guilt..lots more have once more taken over.
I dare not show it. I dare not speak it. People just don't want to hear complaints and they would rather see someone all happy and excited about what they are going through.
But I..well.. I am stuck again and feeling darkness surrounding me. It's depression., and great grief. I feel guilty for even having it. 😥
Julie the EMDR therapist .. well.. time for a confession. I said I would let her go. I said I was not going to see her. I did. I have. In fact, I am supposed to have an appointment again and struggling with knowing what to do about it. There is an intense sadness inside. A war still exists between my insiders.
I have parts ready to just move on. Parts that don't. Parts that are angry. Parts that are incredibly needy and not wanting to let go. 😑 Ugh.
I will write something here just because it makes sense to me even though others may not understand. I have said it before. Sigh. Damn it. This hurts. It wrenches everything I have. I wanted you, Julie and any other therapist I have had to feel something. ANYTHING! I guess I want you to hurt as much as I do. I guess I want you to have some regret, or sadness. Something. Anything. It feels like I get nothing and Then I dispise the therapeutic boundary bull shit. I do. I hate it.
There are insiders who totally understand all of it and yet I see this "monster" peeking through. Tears. Damn you!
It will never be. I accept that. It doesn't make this easy for me and I have given in to this fantasy about oh.. well maybe Julie will take us back.. maybe this.. maybe that. I have held on to this for many months now to no avail. I haven't let go. Fuck me. I have failed once more.
I dabbled with the idea of just not ever showing back up. Never. Somewhere inside are littles voices tears, and crying. I hear words, "Well we know it just won't matter to her. She'll just say something to herself that isn't true about us. She'll be like, ok. We didn't come. Big deal. She will be fine."
The guilt sets in. More tears and frustration with everyone inside. Come on you guys. Grow up. That just makes things worse.
A little bit of anger too. I think mostly about just not understanding when Julie has said she can't explain it any better. We want to understand. We just can't.
It's not going to matter Julie. Not to you anyways. It won't. It will be like you feel like you did the "right thing" and it never felt that way to us. Not ever.
We don't want you to hate us. You kept saying you wanted the best for us and if the best meant letting us go then.. fly. More tears.
I have no other place to put my pain but here. I have tried to tell you. I have tried telling other people. It hurts. I hate goodbyes.
What else do I do?
Is this like my doggie and I just need to do this?
I'm hurting terribly.
Won't someone somewhere just know I'm here.. hurting?
😢
Posted by Unknown at 10:18 AM No comments: